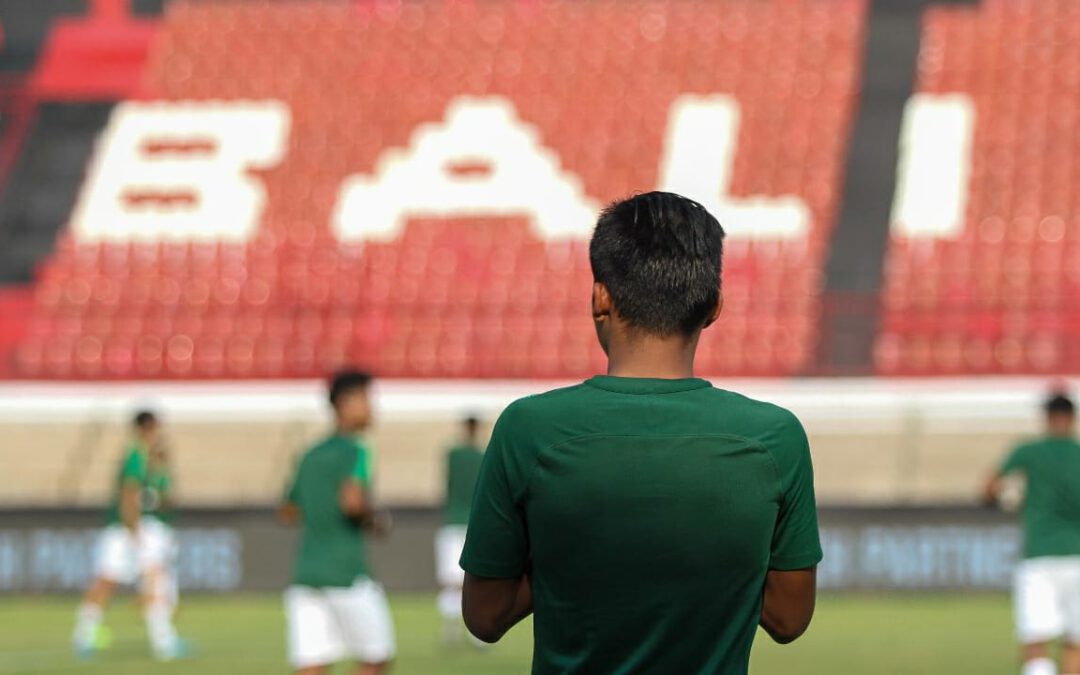 Undoubtedly, Bali United is a football club with the best level of digital communication management among their competitors in Liga 1 Indonesia.

Although Bali United is an early age football club, their digital community number has reached 2.5 million. They’re able to triumph over their rivals. Moreover, they start to turn a ‘rowdy’ conversation on the media, either conventionally or digitally through their interaction design with their local fans, or even more the wider spread of football fans throughout Indonesia.

And not long ago, precisely at the beginning of August 2020, Bali United again gave a surprise to Indonesian football lovers. They – not to say, delete or archive – arranged their social media pages empty blank, both on Instagram and YouTube, leaving no posts and ideas for the whole fans.

This was where the guess and question ensued. Sooner, the public noticed that Bali United was preparing something that could surprise them.

Numerous fans are looking forward to the action that Bali United have taken on social media. The fans are aware on the creativity of Bali United media and digital team, which is above average. The only clue left – if that’s considered as one – is #___BALI on their bio. Question marks.

Still, what is quite provoking is the fact that they rebranded their YouTube channel by creating a new one by the name of Official Bali United. For this reason, they just lost 286K subscribers and the record of 48 million video views on the old channel. What a brave thing to do.

On the same day, the manager of Bali United’s social media account explained about the change. Apparently, all of this action was taken as a form of solidarity amid the crisis.

“We’ve taken a break for a few months, now we’re coming back on fire. We restart some of our social media accounts as a form of solidarity for you who have been stopped because of this pandemic. The wheels that once stopped, it’s time to turn back. Let’s fight from the start again.”

With that officially being said on the Bali United account, they willingly removed all the historical moments on social media to express Bali United’s empathy of solidarity as a part of society. I believe Bali United’s media and digital team have their consideration for this. They certainly have their objective in conducting tactics amid this pandemic.

However, after five days passed, I haven’t found anything shocking about the movement or campaign on their social media account. No significant changes. No photo tone changes. No graphic changes. There is also no change in the hashtag. Everything remains the same.

On the other hand, I’ve also seen their Instagram performance. The thing I noticed during this whole change was the public – or we may say the fans – want more than that. They’re expecting something big, something that Bali United always serves to their fans.

The conversation that occurred in conventional media is very small. There are only a few mass media that publicize this. As a result, there is no major exposure to the special campaign conducted by Bali United.

In my opinion, what Bali United have done is quite pointless as it lacks the news value. The whole message delivered by the digital and media team is ineffective to impact the audience.

If the key message is solidarity, as I see it, there should be a follow-up action that leads to the concern of Bali United as a corporate citizen towards the crisis that is happening.

I haven’t seen different senses on their uploads. Everything is still dense around the football with the hidden message of the health protocol implementation. For example: On a video #___BALI, the players and coaches undergoing the first training with a mask on, temperature checked with thermo-gun, and given hand-sanitizer drops before entering the field.

The action of deleting all the uploads on social media is not a new thing. However, this action is rarely done in the football industry and it seems that Bali United is the first who have done this kind of act.

Gojek had done so last year. At that time, Gojek removed all uploads on their Instagram for several days, returning with a campaign about Ramadan.

According to Gojek, the action was a symbol of self-cleaning from every speech, every deed, or even every upload on social media that might be done wrong.

In that moment of return, Gojek directly focused on #CariKebaikan campaign for over a month. After Eid Fitr, the campaign is completed.

The result was outstanding, especially in their video ad. In the research report, Go-Jek was selected as the ‘Most Loved’ Ramadan advertisement in Indonesia. Based on data from Kantar facial coding, viewers are 50% more expressive when watching that #CariKebaikan ad compared to other Ramadan advertisements.

Another brand that has also been doing this kind of act is Coca-Cola. They deleted their entire Instagram posts and then refreshed the feed with a set of positive vibes and messages with a hashtag of course #RefreshTheFeed.

Three of them are doing the same thing but Bali United did it, unlike Gojek and Coca-Cola. When Gojek and Coca-Cola rebranded their social media after the move, they consistently carried something new or – I can say – not the kind of usual feed they have. Not only is the big topic, but the consistency of the point conveyed inside the action.

At the time of the reign, Bali United did not get any interactions. No content upload means no interaction. Either the awareness, engagement or even conversion metric.

So how do they perform on the post-action social media? Is the impact on social media performance getting flipped? Let’s tweak the data I found.

On August 3, the day in which they returned through one of the uploads, the social media of Bali United only gained about 130K views, 22K likes, and 754 comments. This number is quite high with the average number of Bali United usually gets per post. Their average interactions are 16K likes/posts and 105 comments/posts.

Anomaly it is. Yet, what happened with Bali United could be indeed a pure mark, thanks to the restart and 2 days break from the noise of the world of digital content.

Daily growth seems to decline from August 3 until August 7, the growth was even minus. That means people who followed the account of Bali United are less than those who unfollowed. The table shown below.

From the interaction wise, through the likes and comments metric, the spike also occurred on August 4. The number is elevated to 147K interactions.

The trend was decreasing day by day. The number of interactions decreased to 117K interactions the very next day. Then, 96K after the next day, and shrink more than half on August 7 with 40K interactions. Lastly, on August 8, I noticed the interaction was only at the point of 26K.

I am confident enough with the capacity of the Bali United team. Hopefully, I’m right. I have a feeling telling me that they are having another surprising plan. My advice is please do not miss any moment you’ve made previously after the digital come back for more than a week.

Regarding the YouTube channels, it turns out they’re trying to rebuild their channel that they’ve created since a few years ago (with 200K more followers and 48 million views), but I can say for sure they will have a heavier task because they have to start over again. They should also be sounding massive that they left the old one and have a new channel.

What Bali United did today does have a lot of risks. Not a few of his fans regret this action. A few negative conversations have already happened on social media. One of them you can read down below.

Furthermore, analyzing the form of social media conversations can be an interesting insight into the club’s internal team when jumping into talks of their communication strategies. It is common knowledge that meaningful success on social media comes from aligning the club’s campaign to a matter that existing in communities.

If the intention of Bali United’s action is to get involved in problem-solving in the community, then it’s better to not let that intention be considered and interpreted by the community as a new problem.

We have to look at this matter through the audience’s side, and I think the engagement of this action should work to create influential memories as well.

Nevertheless, interpreting the form of social media conversations does not only bring a further insightful understanding of whether clubs are meeting the objectives. It also presents essential guidance as to how they can do so in the future.

Time is ticking. Bali United still have many opportunities to explain to their most important stakeholder which are supporters. Or maybe doing another innovation as a penance for their actions yesterday. So, Bali United’s digital and media team reputation remains fragrant.