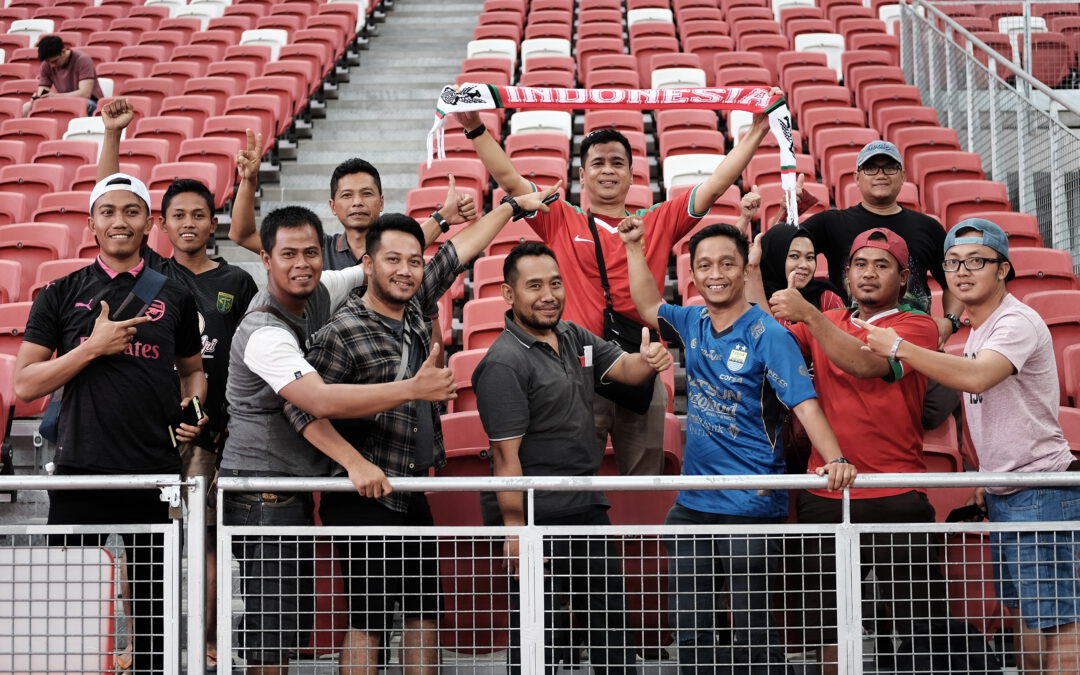 In the hiatus of live football, a Twitter account @SanBassMedia shine. How do they shine? What we can learn?

The story began on 2 April and continued when SanBassMedia made a mistake in writing the name of one of the biggest clubs in Indonesia. San Bass Media wrote in their tweet: Persib Jakarta.

This is a huge mistake.

For people who understand Indonesian football, this mistake was enough to make people like myself laughed.

I mean, it’s a human thing to make mistakes, but for some others, particularly fans of Persib Bandung and Persija Jakarta, they are certainly gutted. It didn’t take long enough until they react to it with negative feedback.

That tweet attracted the attention of football enthusiasts in this land. Even some conventional media in Indonesia cited the incident and created that mistake as the news. But it’s only the beginning of the whole story: San Bass Media’s astonishing follower growth.

Social media research accounts never been interesting like this before. Let’s see @DeporFinanzas. They have been consistent year by year, but they are not good enough on follower growth numbers.

However, it was the activities in the middle of football hiatus that made San Bass Media, in my opinion, have done a brilliant thing. They involve football fans around the world to give their choice, so it invites high engagement on their tweet.

In a moment of hiatus, San Bass Media give us something fresh. They create virtual tournaments. They utilize the features that have been provided by Twitter. Later clubs with the largest digital community on Twitter are competed for head to head using Twitter Polls.

In the first round, San Bass Media did not get enough attention from the Indonesian football fans. At least when Persija Jakarta had the opportunity to compete virtually against a Brazilian club, Flamengo, the attention was still very tiny.

Persija actually had the opportunity to win that virtual match, but they lost to the polling in the early rounds of the tournament. At that time, there weren’t many Persija fans aware of the virtual tournament.

Persib Bandung which has the largest number of digital communities in Indonesia suffered during the poll.

Although Kerala Blaster is not a really good team in football, the number of supporters on Twitter is huge and had enough people to beat the number of Persib votes. In addition to having a fanatical supporter base in India, its social media forces are very solid.

From my observation, both supporters mocked each other on Twitter. They threw sarcastic words, abusive, and even insulting each other using impolite symbols.

This is certainly not expected by San Bass Media. The sentiment might give a negative value to the San Bass Media account. But every conversation is an engagement, and engagement is still a number for the algorithm. It gave a direct impact on San Bass Media follower growth.

San Bass Media follower growth from March 23 to April 13, 2020, could reach 31.245. That’s a very large growth rate for the size of the social platform Twitter.

I have observed that there are three factors that make them grew so fast; they chased the moment, think creative, and optimized Twitter’s feature.

An example of the San Bass Media case made us know that something viral could emerge through a simple idea: utilizing existing features.

Let’s stop discussing the war between Persib Bandung and Kerala Blaster which grabbed millions of impressions and >370 K participations.

We’re talking about San Bass Media’s ingenuity in seeing the potential longing of football supporters through content that engages them amid the pandemic.

We know, currently live football content is very much missed by football fans. Therefore many parties such as federations, leagues, and supporters create virtual events through console games, such as FIFA, Pro Evolution Soccer, or Football Manager.

Social media innovation, carried out by San Bass Media, shows that social media Twitter has a very useful feature to involve consumers or fans in activating communication with the brands. That feature is Polls.

This feature has a large enough contribution to increasing the ranking of signal algorithms from a Twitter account. Polls are the easiest way to lure fans or supporters or consumers to get involved in a social media activity. People simply click on their choice and the results of the poll came out instantly.

Even though the activity needs a minimum effort by the user, but participation on Twitter poll certainly increases the number of engagement and the potential “reach” number.

Gary Vee once said “I also made my tweet a question, because it makes your brain think about the answer. If I can get someone to stop for half a second to ponder, I’ve got him in my ecosystem.”

That digital ecosystem is about the algorithm.

“I also made my tweet a question, because it makes your brain think about the answer. If I can get someone to stop for half a second to ponder, I’ve got him in my ecosystem.”

When someone already has involvement or has put more effort into being able to engage, then he/she has become part of it. This is the easiest way to explain the Twitter algorithm.

Polls are a fun way to engage with Twitter users. They have the added benefit of providing feedback. Nothing builds brand loyalty like listening to the opinion of an audience. In fact, 65% of people say they felt a stronger brand connection when the brand shows that they care about them. The polls feature is part of creating space for audience involvement.

The Twitter poll isn’t intended to replace sophisticated, complicated, detailed surveys or other market research tools that require a straight face. Twitter polls are managed to humanize your brand. Be relaxed, be modest, silly, presumptuous, relentless, brave, playful, charming, and anything to prove you are not a robot.

If you want an overview and tips about the Twitter algorithm? Feel free to download the module below!