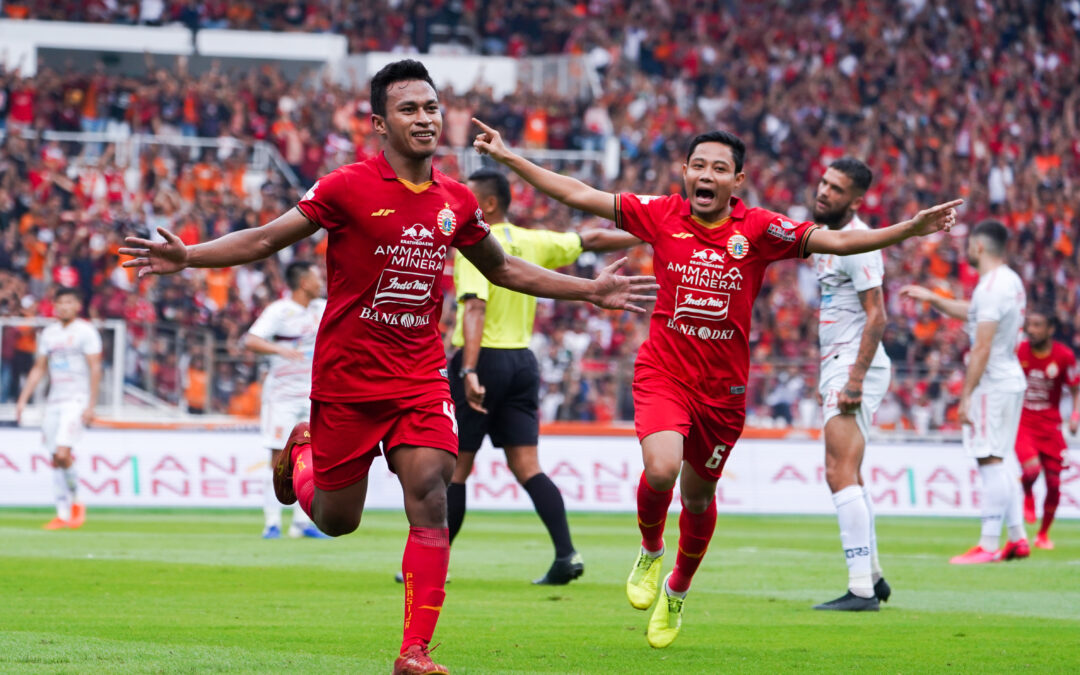 In this season, PSSI as the highest authority of Indonesian football had to take the step to suspend Liga 1 despite the fact the league was starting on time and has been held for 3 game weeks. The action taken is to help the government preventing the spread of coronavirus. This certainly became a challenge for each club’s digital content and media team.

As we prepare for the first come back after the suspension of Liga 1 to be kicked off in October 2020, social media has become one of the things that never actually goes out during the pandemic strikes, even though most of the team struggles to work as commonly as they used to.

Football clubs notice to take advantage of social media as tools to interact more with their fans since the outbreak stops the game. Through this digital report of the Liga 1 club, we will describe and explain how the club’s performance on social media in the first semester of 2020.

In the first semester, for more than three months we are struggling to live without football matches. During that time, there are so many of us losing the atmosphere of live football. In addition, the numbers in digital insight continue to shrink from month to month as well.

However, as audience and supporters, we should appreciate the performance of club media teams who solemnly dealing with this super rare condition with creative, educative, and entertaining ways to serve us.

We all know that follower numbers are more like a vanity metric than anything else on Instagram, but most of us definitely still want to increase our follower number. Because this is good for the business of the football clubs.

Moreover, based on data that we collected, Persib Bandung is still Indonesia’s biggest club on social media. A lot of people have dealt with that, and this is proven by their number of followers.

On the fourth and fifth rank where a significant gap found from all clubs above them, are Arema FC with 66.9K new followers and Bali United FC with 30,8K new followers. In the lowest position, Borneo FC wired with 8,6K new followers.

Persib, Persija Jakarta, Persebaya, Arema FC, and Bali United FC, to stand at the top five clubs with the most follower growth in no way means their wide growth percentage. Persib gained an 8,49% growth rate while Persija Jakarta got only 7,83%.

The largest percentage was 36,02% obtained by Persiraja Banda Aceh as the promotion to Liga 1 become one of the factors that contribute to this growth.

During the pandemic, when all football matches were suspended, the duty was carried out by all the digital communication practitioners in Indonesian clubs inevitably. They are required to keep the business going by maintaining the club’s presence in front of the fans.

Persija Jakarta and Bali United FC became the two most active clubs during the pandemic. A total of 752 posts were uploaded by Persija Jakarta, as Bali United FC is two posts below. While in third place, Persib follows with a total of 669 uploads. In the bottom three, there are Persik Kediri, Persipura, and Persela Lamongan.

We are now and still in a hard situation, but the only way to keep engage with fans is to think creatively and implement that in the communication strategy. I always mention that the digital presence is so important to the clubs.

Message to the club board: Please give appreciation to all the tireless media teams for working and thinking creatively to fill your business presence, and also the most important is to fulfill the information needs of the supporters.

The mobility of digital content or media team is limited during this pandemic. It’s definitely very difficult and full of restrictions in producing content. However, nothing has changed regarding the behavior. Audiovisual content is still popular. Video is the richest content compared to other types of content. This type of content holds a fantastic way to help us stand out on a platform, especially Instagram.

The club that is most eager to upload videos on Instagram during the first half of 2020 is Bali United. The club went public last year uploaded 393 videos. The second and third positions are Persija and Borneo FC.

However, the number of videos uploaded cannot assure a club has a great number of views. Persija comes with 380 videos make them become the most-watched account with 61.45 million views. On the other hand, Persib with only uploaded 268 videos came in second place with 50.96 million views.

When we post content on social media channels, we certainly want that content to have an impact and get a response from our audience. Social media is the best medium to implement two-way communication with our audiences and customers. And the best way to assess the impact is to look at the interactions on your post.

In terms of interaction, Persija Jakarta has 72 million interactions more than Persib who occupies the second position with nearly 17 million gaps in between. THE GAP IS 17 MILLION INTERACTIONS!

How is our prediction in the second semester?

In the second semester of 2020, we predict that there will be a lot of changes compared to the existing data, especially on content productivity. The content production device machine will definitely heat up again. With teams getting back to the field, it will be a lot easier for the club’s media team to create content that we usually see from our gadgets.

With the expectation of Liga 1 will roll in October 2020, we expect that the content about football itself will be uploaded around August 2020 and juice up the social media.

The training return will let the club’s media team be more flexible in producing their main content, which is football, but with a new habit of practicing the health protocol.

With the condition that the match will be held behind the closed-door, it will again challenge the club to enliven the return of the games by involving supporters, even if it is only through digital activities.

In addition, the club also has a special task to keep reminding fans about the health protocol in new normal while still appreciating the actions of health professionals who fought endlessly during the pandemic.

We know that the digital landscape of Indonesia football is still dominated by Persib, Persija, Persebaya, Arema, and Bali United. However, several clubs have a solid performance, while some clubs that just earned promotion are still struggling to gain opportunities on the highest stage of Indonesian football.

The unprecedented situation due to the pandemic was affecting content productivity, follower growth, and social media interaction.

Overall, the number has decreased compared to the previous period. Video as the most engaging content also has weakened, still Bali United and Persija Jakarta work hard for this type of content to always be on their feed.

Team of the Semester: PSIS Semarang

Besides the Persija Jakarta media team, I am thrilled to see the performance of PSIS Semarang’s media team. They managed to deal with the pandemic situation and football suspension by remaining present in front of their followers in a creative way. Please just go check their account, see the color tone on their feed, and note their tone of voice.

However, the data speak itself, regarding the metrics we presented, PSIS Semarang is also one of the best performers. The underdog’s performance was strong enough to beat several clubs upon them.

Notes: Instagram has became our sample as all the clubs joining this platform for their official accounts.