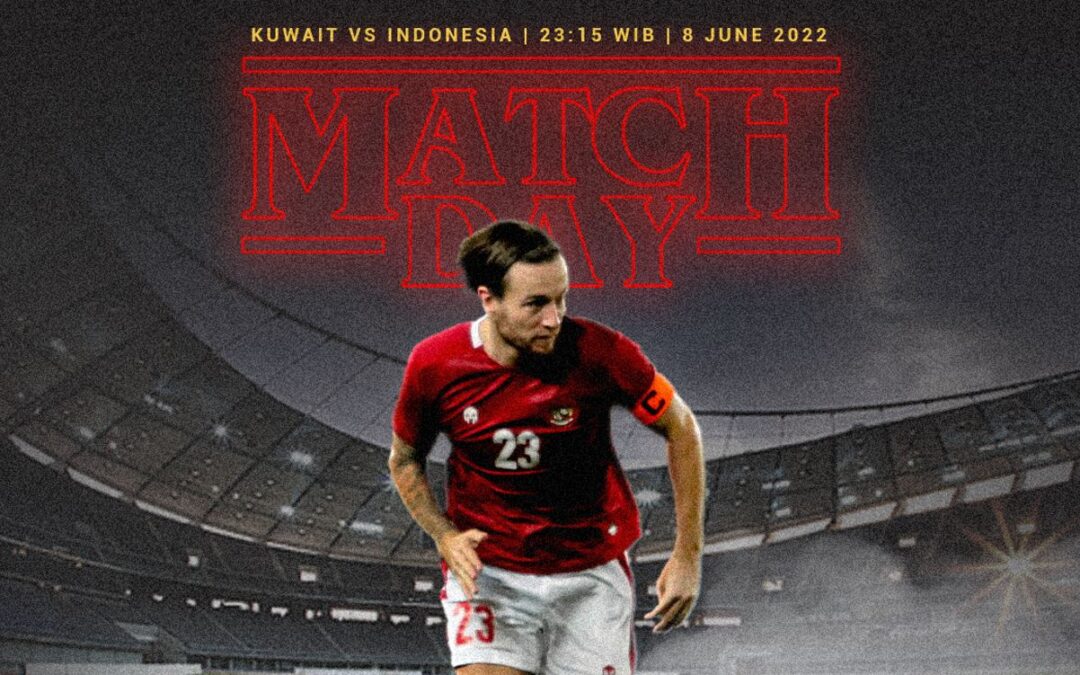 I’ve been thinking of writing this article for quite some time and I even haven’t written an article in a long time. But now I have a moment and will make a discussion from what we did.

I’m also not sure if well-received or not. Still, there’s one way to figure it out: actually going through with the idea. So here it is.

Football is more than just a game. It reflects a wider society by often finding itself colliding – or collaborating – with other popular cultures.

Together with Status Pro Sport Indonesia, we created a match day poster for one of our super talents Marc Klok in the 2023 AFC Asian Cup qualification.

The main idea came from Stranger Things; an American science fiction horror drama television series. It portrays the world of reality and upside down (unseen world or alternate dimension existing in parallel to the human world) in the film, and Marc is the main character who tries to conquer the ‘obstacles’ that exist in those two worlds.

We know that Indonesian football always faces various obstacles in the process of achieving their success. So indirectly we also insert a message of criticism in it.

Meanwhile, in the next match, because Indonesia played against Jordan, we prepared something that was also based on pop culture. We used a photo of Marc jumping in the air, making it a silhouette like the Nike’s Jordan logo. And this is how it looks.

I believe, football should be like this; dynamic. Businesses need to find themselves transitioning from a primary focus on business continuity and this also applies to football. Moreover, through football we are able to be critical and always able to follow the trends of society, we may see new fans crossing paths and interested in football.